Daniel Geiss is one of the most versatile musicians of his generation. Since the beginning of 2021 he has been Artistic and Musical Director of the Belgrade Chamber Orchestra. In autumn 2020 he was also appointed music director of the Brixen Classics Festival for the next three years. 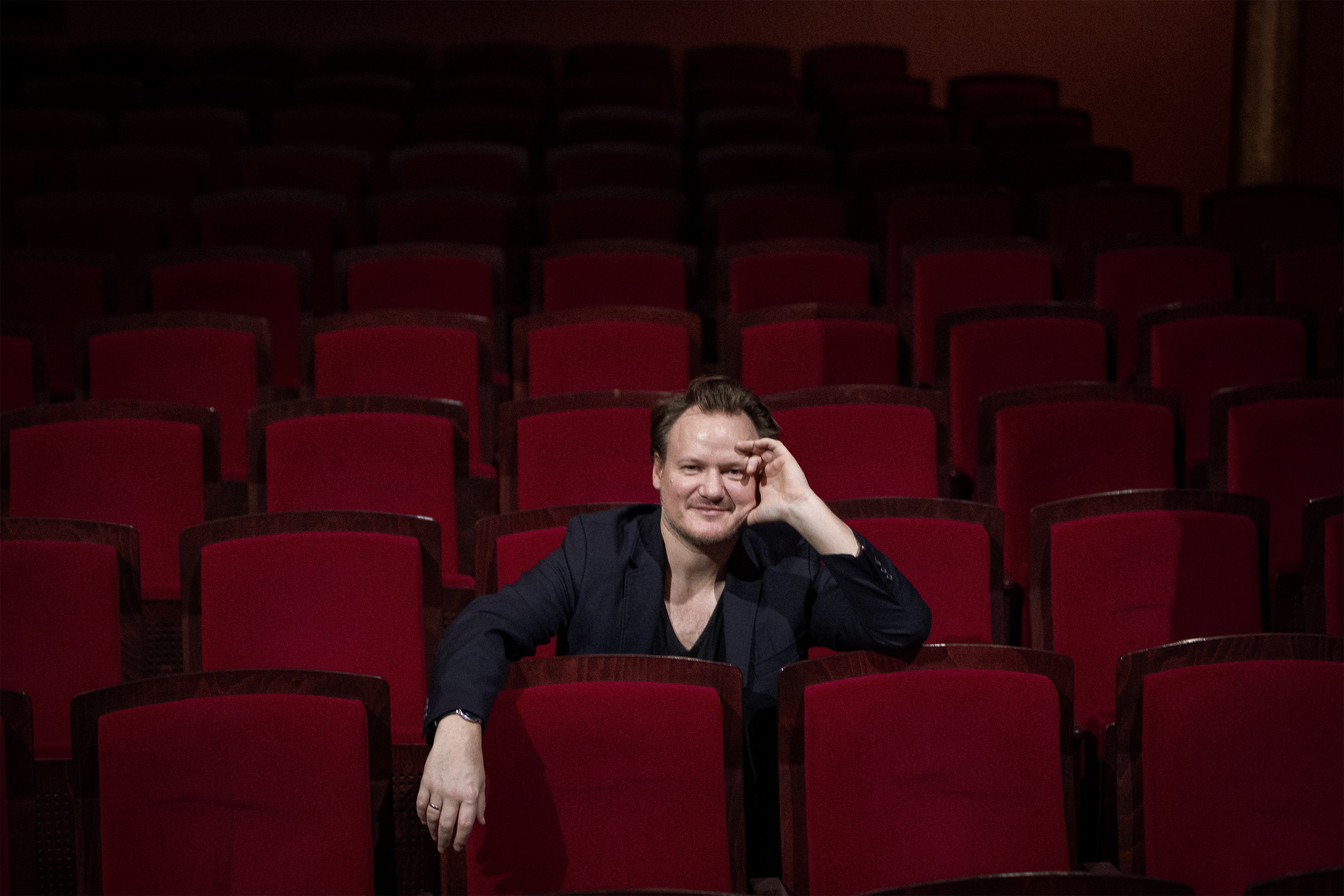 He first studied at Indiana University Bloomington, both orchestral conducting with David Effron and violoncello with Janos Starker and chamber music with Menahem Pressler, and then at the Cologne University of Music with Michael Luig (orchestral conducting), the Alban Berg Quartet (chamber music) and Maria Kliegel (Violoncello). He deepened his studies with courses by George Crumb and Philip Glass.

In the years that followed, he worked with the Gürzenich Orchestra in Cologne, at the Teatro Colon in Buenos Aires, the Teatro Real Madrid, the South Westphalia Philharmonic and the Zurich Chamber Orchestra, and made his debut in the Berlin Philharmonic.

In 2019 he began working intensively with the director Katharina Wagner on performances of a children’s opera version of “The Flying Dutchman” specially set up for the Spring Festival Tokyo. This was followed by direct reinvitations for 2020 for a production of “Tristan und Isolde” and for 2021 for “Parsifal”. Geiss also conducted at the Leipzig Music Festival and made his Italian debut with the opening concert of the 44th Cantiere Internationale d’Arte Festival in Montepulciano.

In spring 2020, Daniel Geiss was a guest in Graz, Linz and Belgrade with the EUphony Orchestra he directed, a joint project of European music universities such as Graz, Linz, Vienna, Budapest, Belgrade, Dortmund, Ljubljana, Sarajevo, Zagreb and Moscow. This was followed by recordings with the BR Rundfunkorchester with an innovative talk & music concept initiated by Geiss as a podcast.

In the summer, Daniel Geiss conducted the TAFF Festival Night as part of the Bareuther Festival. Together with Klaus Florian Vogt, Daniela Köhler and members of the Bayreuth Festival Orchestra, he conducted the traditional open-air concert at Lake Goldberg.

He is a lecturer in cello and conducting at the Mainz University of Music, the Berlin Academy for Highly Talented Musicians and the NRW Orchestra Center.